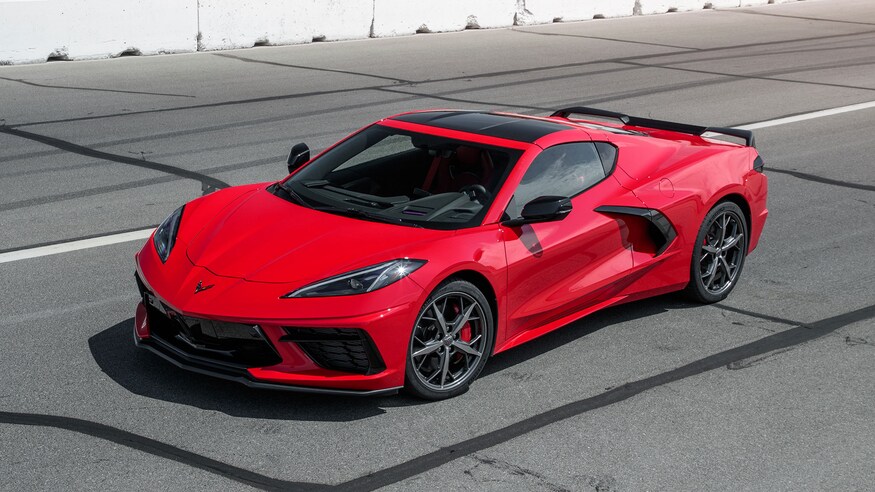 Just before starting the production of the 2020 C8 Corvette Stingray, Chevrolet has auctioned the very first production model at the Barrett-Jackson Scottsdale sale. Auctioning the first production model of a new performance car for charity has become a practice. And this is probably why the 2020 C8 Corvette Stingray was auctioned for USD 3 million in Scottsdale, Arizona. The base price of the supercar was just USD 59,995. All the extra money obtained from the auction will be donated to the Detroit Children’s Fund. It is a non-profit organization that is working on increasing the quality of education and schools in the Detroit area.

The bidding for C8 Corvettes opened at USD 200K and immediately jumped to USD 250K, USD 500K, USD 750K, and then USD 1 million. The bidding did not stop there and it powered ahead through USD 1.2 million, USD 1.5, and USD 1.7, to another brief level of USD 2 million. But the C8 Corvette Stingray went ahead and it was eventually sold for USD 3 million. The car was purchased by noted car collector and NASCAR team owner Rick Hendrick. Interestingly, Hendrick didn’t get the car to take home as it was just a placeholder. He has large collections of Chevrolet sports car and most of them have been purchased at past charity auctions.

The car will be manufactured in the next few weeks. The car that will be built will be black on black with VIN #001, GT2 seats, performance data recorder, and more. Production of C8 Corvettes, which was delayed because of the UAW strike, is expected to start soon and the delivery is expected to begin in March. Chevrolet has already received over 37,000 bookings for the car. For the uninitiated, Corvette C8 is the first car to have the engine up front ever since the first car hit the road in 1953. For seven generations, Corvette has had its engine upfront. There were some attempts to swap ends but were met with resistance.